Events in Fréjus and the French Riviera

Some of the many events on the French Riviera.

The Cannes International Film Festival is an annual film festival held in Cannes, France, which previews new films of all genres including documentaries from around the world. Founded in 1946, it is among the world’s most prestigious and publicized film festivals.

The invitation-only festival is held annually (usually in May) at the Palais des Festivals et des Congrès.

The Cannes Film Festival has its origins in the late 1930s when Jean Zay, the French Minister of National Education, on the proposal of Philippe Erlanger and with the support of the British and Americans, set up an international cinematographic festival. In 1947, the festival was held as the “Festival du film de Cannes”, with films from sixteen countries were presented. Moreover, the principle of equality was introduced, so that the jury was to be made up only of one representative per country.

The festival has become an important showcase for European films. Jill Forbes and Sarah Street argue in European Cinema: An Introduction, that Cannes “became…extremely important for critical and commercial interests and for European attempts to sell films on the basis of their artistic quality” (page 20). Forbes and Street also point out that, along with other festivals such as Venice and Berlin, Cannes offers an opportunity to determine a particular country’s image of its cinema and generally foster the notion that European cinema is “art” cinema.

Additionally, given massive media exposure, the non-public festival is attended by many movie stars and is a popular venue for film producers to launch their new films and attempt to sell their works to the distributors who come from all over the globe. 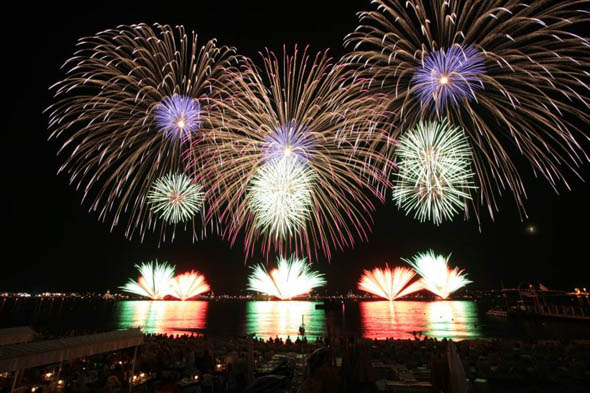 Frances most magnificent fireworks competition is the Le Festival d’Art Pyrotechnique, held in the summer annually at the Bay of Cannes in Côte d’Azur, France. 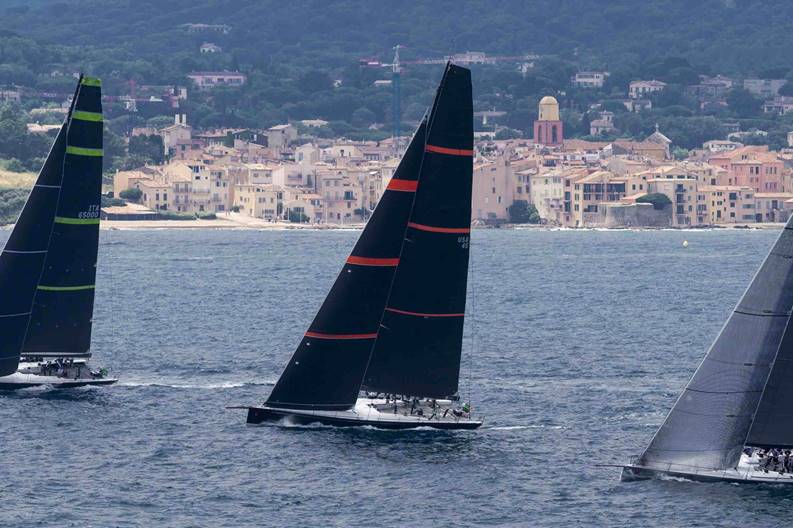 The Giraglia Rolex Cup is a Mediterranean keelboat regatta, named after the island of Giraglia, which has been held annually since 1953. It is organized by the Yacht Club Italiano, with the help of the Yacht Club de France and the Société Nautique de Saint-Tropez. Since 1997, in which year the current name was adopted, the race has been supported by the Rolex luxury wristwatch company.

The regatta consists of a week-long set of races, beginning with inshore races in the St. Tropez Bay followed by the primary event which begins in St. Tropez, France, passes through the Îles d’Hyères near the island of Giraglia, and then finishes off in Genoa, Italy, a total distance of 243 nautical miles (450 km).

The distance has been a constant in the race although the starting and ending points have been adjusted over time. Originally the course was from San Remo, Italy, past Giraglia to Toulon, France. 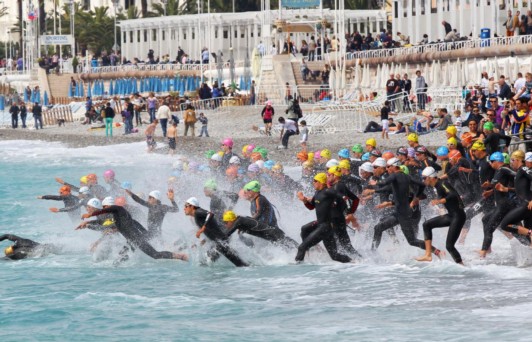 A race that existed until 2002 when the course was adopted by the WTC as Ironman France. During the 1980s the Nice Long Distance triathlon (Swim 4 km, Bike 120 km, Run 30 km) was, alongside the World Championships in Kona, one of the two important races each year with. 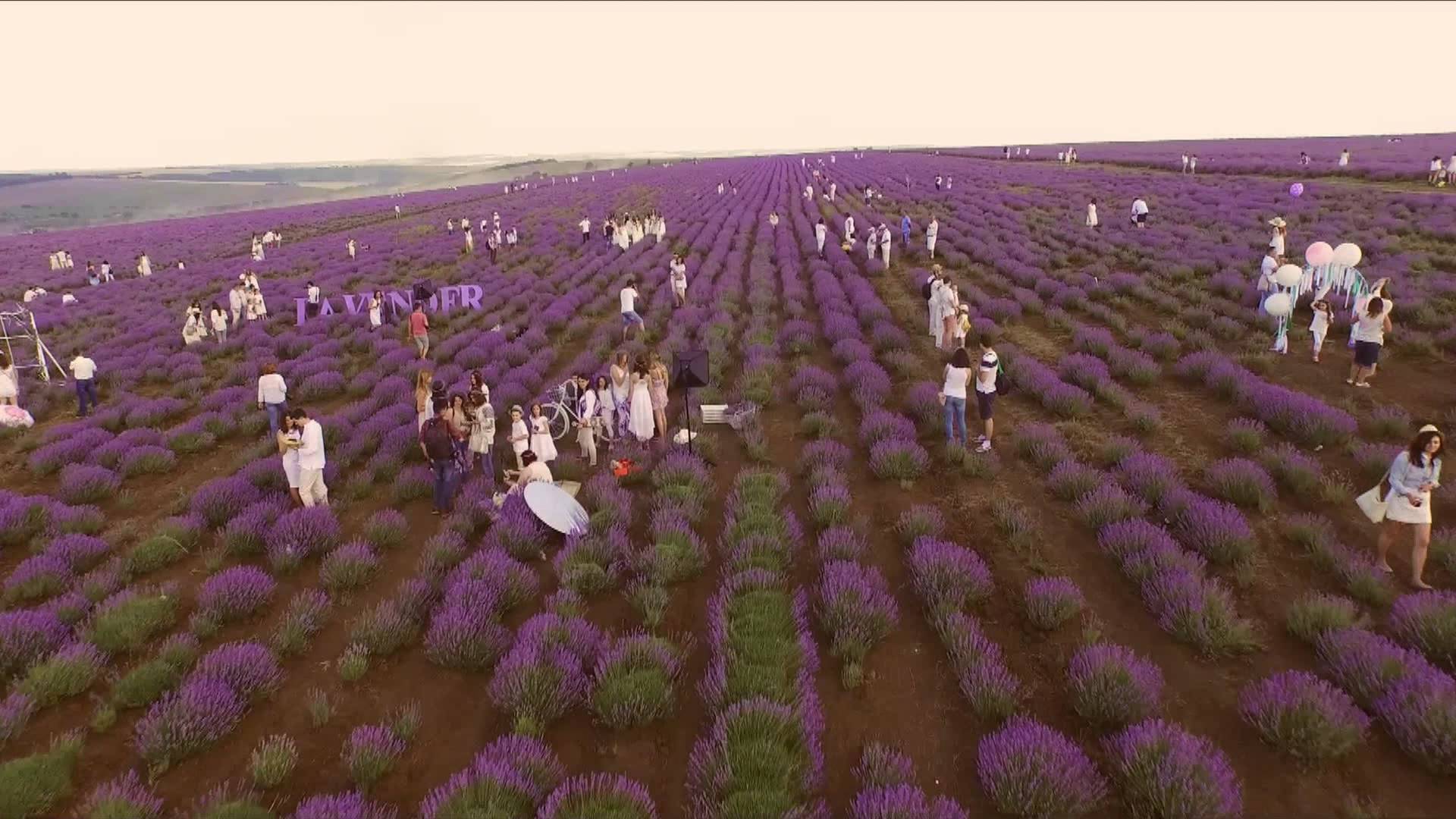 Digne-les-Bains is a commune of France, capital of the Alpes-de-Haute-Provence department. and the location that plays host to the festival the festival follows the harvest of the lavender crop. 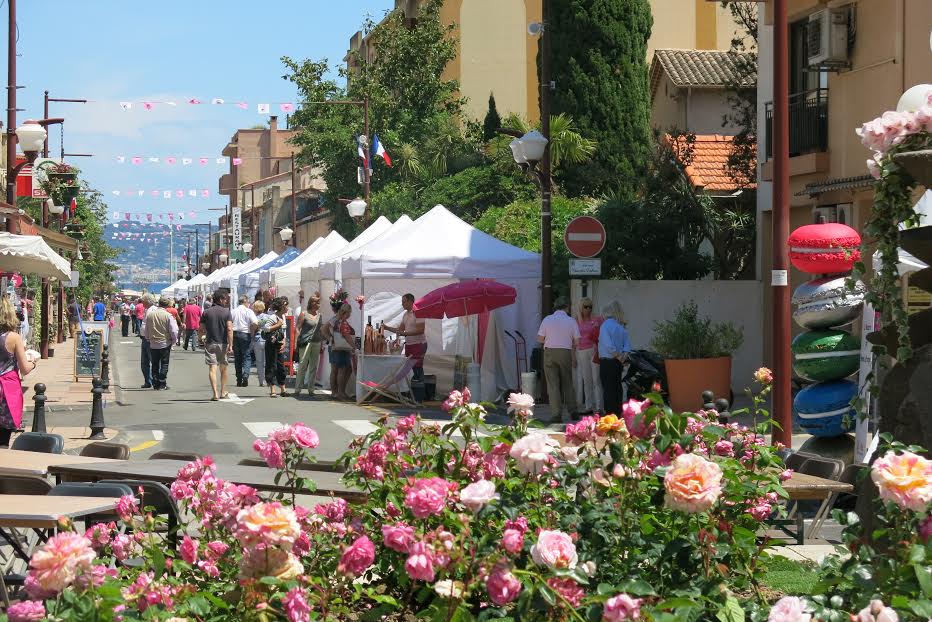 There is an annual Fête du Jasmin or La Jasminade, at the beginning of August, The first festival was on the 3 August–4 August 1946. These days, it is a big event; decorated floats drive through the town, with young women throwing flowers onto the crowds.

This is known as the ‘flower battle’, everyone gets soaked by the natural perfume of the flowers.

There are also fireworks, free parties, folk music groups and street performers. There is also an annual international exhibition of roses (“Expo Rose”).

The town is considered the world’s capital of perfume. It obtained two flowers in the Concours des villes et villages fleuris contest and was made “Ville d’Art et d’Histoire” (town of art and history). 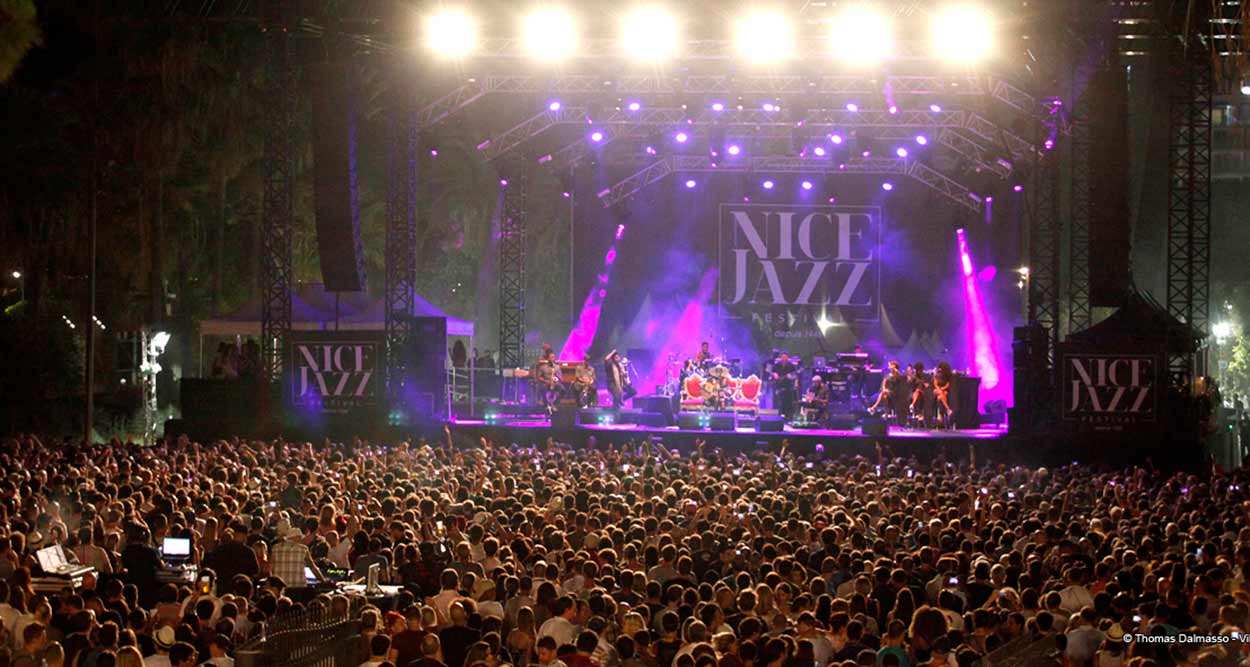 The Nice Jazz Festival, held annually since 1948 in Nice, on the French Riviera, is “the first jazz festival of international significance”. At the inaugural festival, Louis Armstrong and his All Stars were the headliners. Frommer’s calls it “the biggest, flashiest, and most prestigious jazz festival in Europe.” Over the years, many artists, such as Lionel Hampton, Dizzy Gillespie, Ray Charles, Ella Fitzgerald, Helen Humes, Herbie Hancock, and Miles Davis, regularly appeared at the festival.

After 1994, it saw a change of emphasis, with more world music and pop. But the festival’s newest organizer, Vivian Sicnasi, has reinstated an eclectic mix of traditional and modern sounds with a international line-up; it remains “one of the Riviera’s biggest annual events.”

Set in the vast Jardins de Cimiez (which contains a Roman amphitheatre), the event features several separate stages where groups perform simultaneously each evening, for eight days in July. 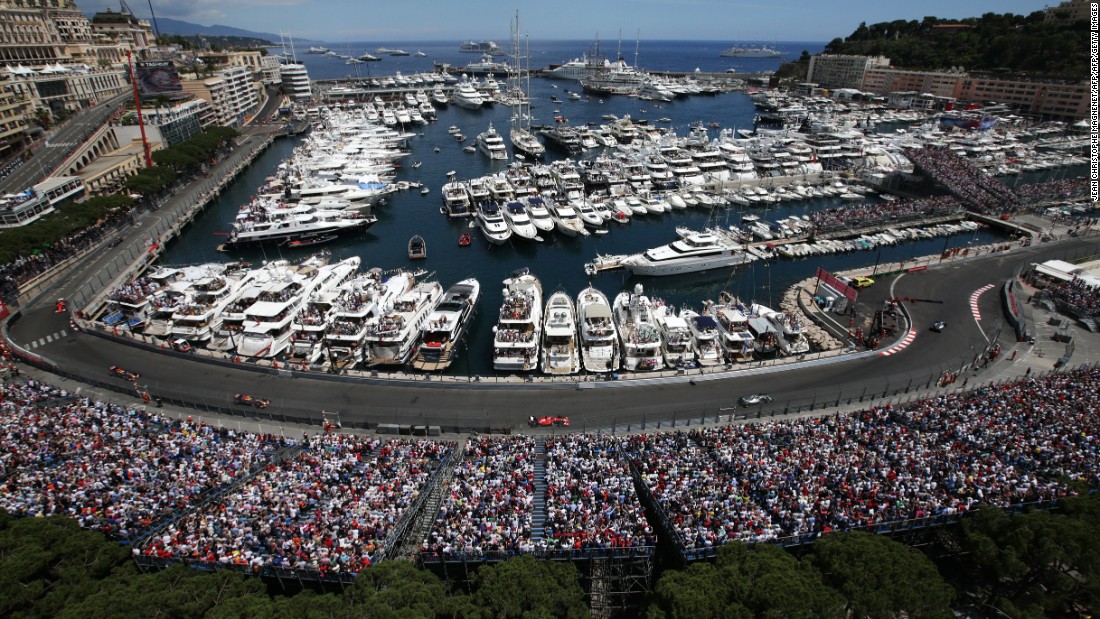 The Monaco Grand Prix (French: Grand Prix de Monaco) is a Formula One race held each year on the Circuit de Monaco. Run since 1929, It is widely considered to be one of the most important and prestigious automobile races in the world, alongside the Indianapolis 500 and the 24 Hours of Le Mans.

The circuit has been called “an exceptional location of glamour and prestige.” The race is held on a narrow course laid out in the streets of Monaco, with many elevation changes and tight corners as well as a tunnel, making it one of the most demanding tracks in Formula One.

In spite of the relatively low average speeds, it is a dangerous place to race. It is the only Grand Prix that does not adhere to the FIA’s mandated 305 km minimum race distance. The first race in 1929, was organised by Anthony Noghès under the auspices of the “Automobile Club de Monaco”, and was won by William Grover-Williams driving a Bugatti. The event was part of the pre-Second World War European Championship and was included in the first Formula One World Championship in 1950. It was designated the European Grand Prix two times, 1955 and 1963, when this title was an honorary designation given each year to one grand prix race in Europe. Graham Hill was known as “Mr. Monaco” due to his five Monaco wins in the 1960s.

Brazil’s Ayrton Senna has won the race more times than any other driver, with six victories, winning five races consecutively between 1989 and 1993. The Circuit de Monaco consists of the city streets of Monte Carlo and La Condamine, which includes the famous harbour. It is unique in having been held on the same circuit every time it has been run over such a long period — only the Italian Grand Prix, which has been held at Autodromo Nazionale Monza every year except 1980 and 1921, has a similarly lengthy and close relationship with a single circuit.

Despite the fact that the course has had minor changes several times during its history, it is still considered the ultimate test of driving skills in Formula One, and if it were not already an existing Grand Prix, it would not be permitted to be added to the schedule for safety reasons.